How a Chemist Became a Programmer – Career in IT 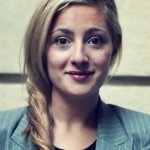 Monika explains how a job of Software Developer looks like. Her main task is to create and develop software. When asked about her typical day at work, she indicates her main tasks in the career in IT and her participation in meetings related to work in Scrum.

Recently on our blog, we updated you about Komputronik Biznes, our partner (read it here). We are happy to introduce to you the story of Monika Płuciennik, Software Developer in the Department of Research and Development at Komputronik Biznes.

What skills and qualifications are needed in this position?

– The ability to think logically and analytically is a must. A good programmer should also pay attention to details and be able to draw conclusions. The IT industry is developing dynamically, therefore it is important to constantly expand your knowledge and develop yourself. But programming is not just about knowledge! Contrary to appearances, it also requires interpersonal skills, especially during large projects. You have to contact other specialists and work with the client. Communication is essential.

Monika does not hide that this work, like any other, also has its drawbacks. It can be stressful, especially during production deployments, where the ability to cope with crisis situations is crucial. Sometimes the team agrees to unrealistic deadlines for the project. Then you have to be assertive in order to avoid working overtime and to maintain a reasonable work-life balance.

What gives Monica the greatest motivation for further work?

– The greatest satisfaction for me is a users’ positive feedback about my software. Finding a bug in the code after many hours of searching provides me with a great sense of satisfaction.

How did Monika’s career in IT start?

Monika studied chemistry at the University of Adam Mickiewicz in Poznan, which also included courses in computer science. There, for the first time, she got to know the universe of programming. The combination of chemistry and programming turned out to be so satisfying for her that she decided to stay at the university and start her Ph.D. While working on it, Monika realized that programming is what she would like to do in life.

After defending her doctoral thesis, she started working as a programmer in an insurance company. There she worked for almost a year, which was her first experience related to commercial software development. For the next three years, she worked for a software company in the financial sector. Direct contact with the users of applications written by her ensured that Monika was convinced that the programmer’s work was needed. It was a big motivation for further development. At present, Komputronik Biznes provides the opportunity for young computer programmers like Monika to see what a large corporation’s job looks like.

Monika does not hide that as a novice programmer she was afraid of the team’s reaction to the mistakes she made. It was also hard for her to admit it when she did not know something. “I was afraid that I would be ridiculed, because it is so simple and obvious” she says.

It’s not a secret that developers and programmers are sought after on the jobs market. This opens the way to a promising career for many female students not only in science but also for women who want to change the way the sector operates.

– Cooperation between women and men contributes to an increase in the efficiency at work. Each of them has different approaches to problem-solving. Mixed teams perceive the problems more broadly. It brings more innovation.

Are there any character traits that facilitate working in the “male” IT world?

– Working in a typically masculine environment can be for you if you have a thick skin and a good sense of humor. You also need to appreciate irony and sarcasm, – says Monika.

– I am very inspired by Lady Ada Lovelace – the first programmer who de facto invented computer science. Microsoft uses a portrait inspired by her picture on the certificates of the authenticity of its programs. This specialized software is named after her and is used in airplanes and military applications. It is a very important software, where the error of the programmer can have huge consequences! Luckily she did not follow her father and did not become a poet! I also admire Maria Skłodowska-Curie. She was the only woman twice awarded the Nobel Prize and the only scholar in history who was awarded in two different fields of natural sciences. And she was an exemplary wife and mother of two wonderful daughters.

There’s a person behind the code

Monika after work participates in the meetings of Poznańska Grupa.NET and Grupy.NET of the Poznan University of Technology. She also learns  English. In her spare time, she reads about new technologies and learns new programming languages. A lot of computer science in her life, right? Relax, as Monika says, she finds time for things unrelated to programming: she spends time with her two beloved cats 🙂

– As Napoleon Bonaparte used to say, the only one who does not make mistakes, is the person who does not do anything.

Global
August 31, 2018
From Veterinary Science to… Computer Science – Career in IT
Do you have a firm conviction that career in IT is only for people with technical studies? You couldn’t be more wrong! Get to know the story of Ewa, who decided to stop her veterinary studies to become a software tester!
Read more

Lodz
August 31, 2018
From Developer to Manager – Career in IT
Kasia shared her success story about her career in IT. She has been working at Accenture for eleven years. Kasia reveals some secrets about her professional life.
Read more 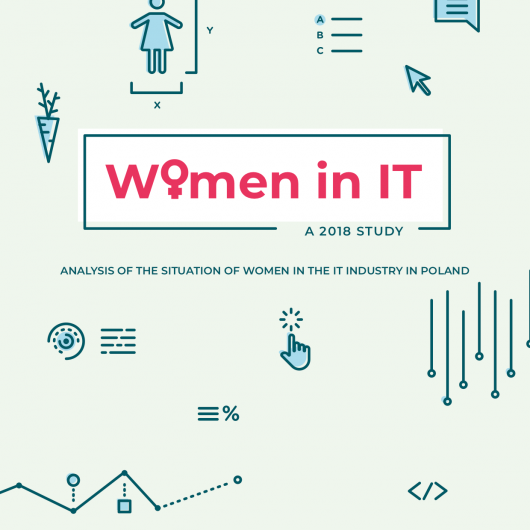 Global
May 21, 2018
Report Women in the IT
What does women’s work in IT look like today? Who are the women who have decided to take this career path? What motivated their choice? What are their expectations towards employers? How do they find their way in teams that are often composed of more than 86% of men? How do they talk about themselves, and finally, how are they perceived by the media?
Read more
Back
AustraliaShow cities
Back
Northern AmericaShow cities
Back
AsiaShow cities
Back
EuropeShow cities
Back
PolandShow cities
See cities